The Flower Garden has always been a place where people went to enjoy beauty. Its origins are linked to the bishop Karl II von Liechtenstein‑Kastelkorn, who had a very clear idea of the future garden, based on already realized patterns of French, Italian, Dutch and German gardens.

Visitors may also notice its striking resemblance to the Gardens of Versailles. It is a geometrically arranged space thought out to the last detail with a central pavilion (a Rotunda with the Foucault’s pendulum). Other features of the Garden, that create its unique atmosphere, include a 244-metres long colonnade, numerous fountains, hedge mazes, greenhouses, or strawberry hills. The Garden also includes ornamental or agricultural areas: such as the Orange Garden or the Dutch Garden (as examples of the first); a pheasantry, a Rabbit hill, or an aviary (as examples of the second). The Garden was reopened in September 2014 after the last major reconstruction and is under the administration of the National Heritage Institute. 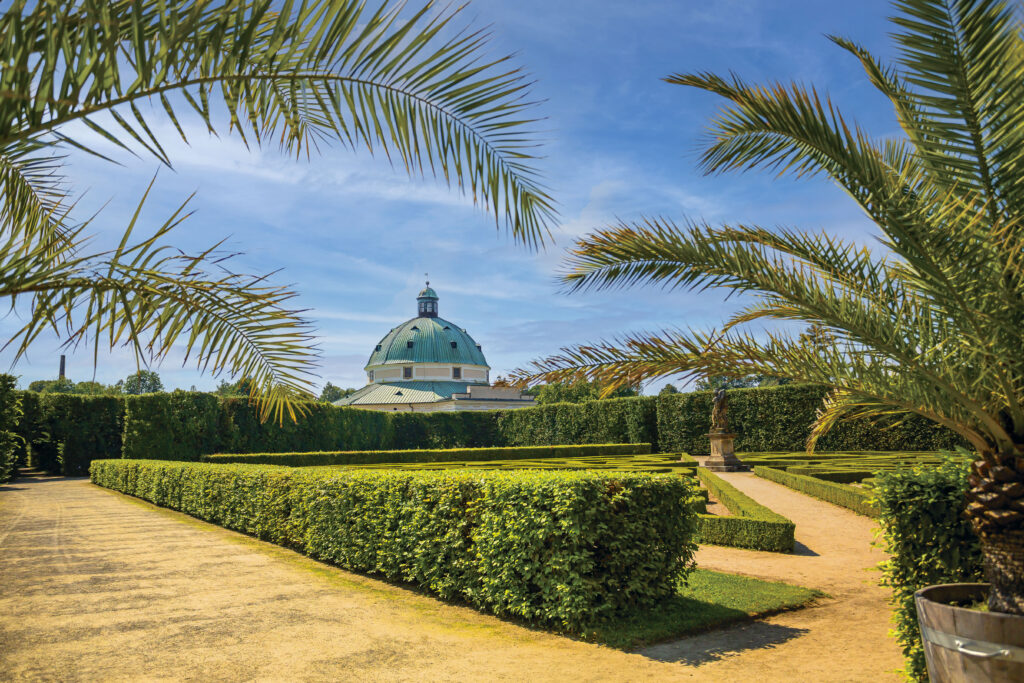 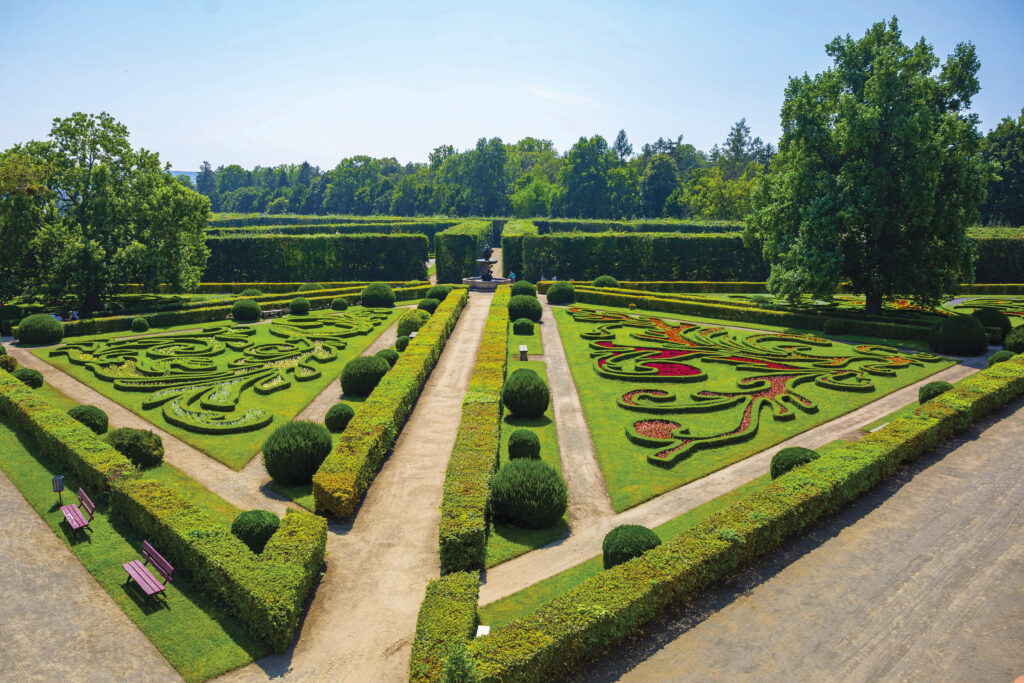 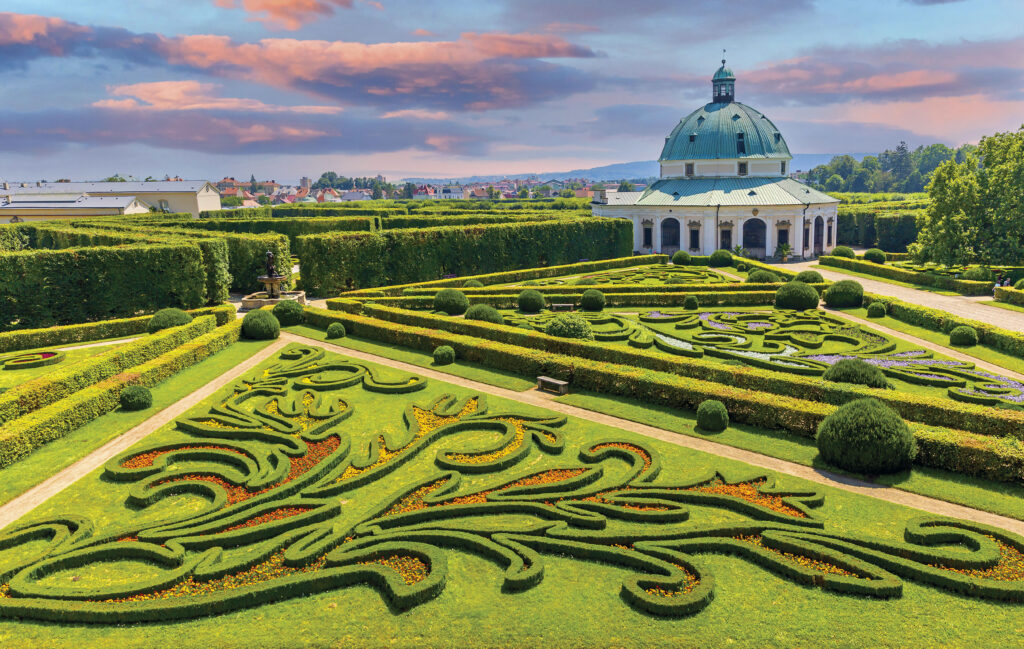 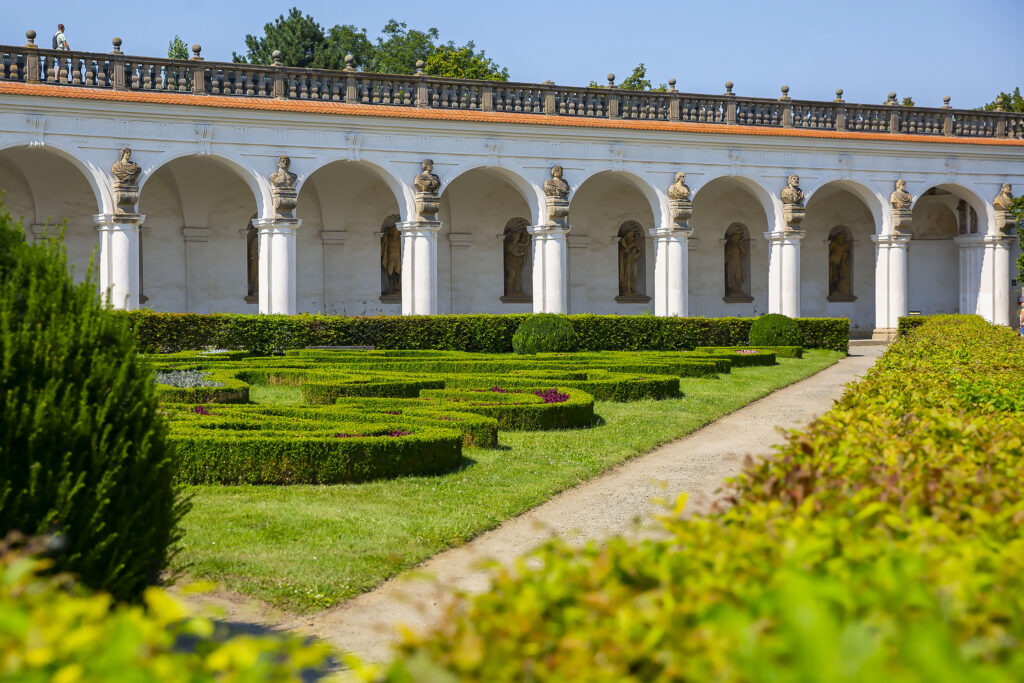 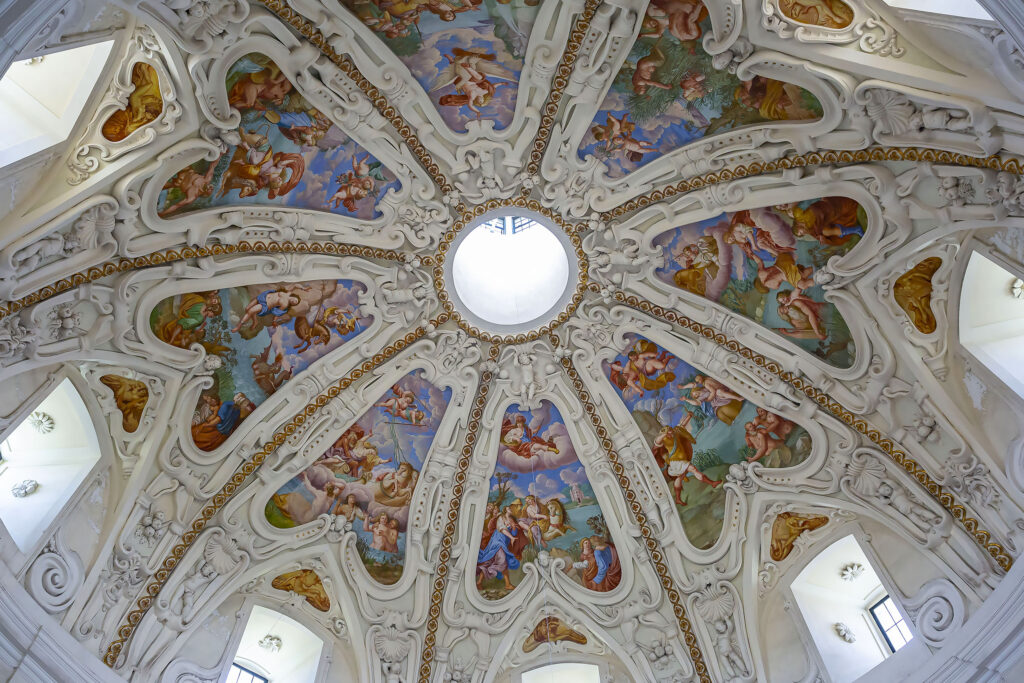 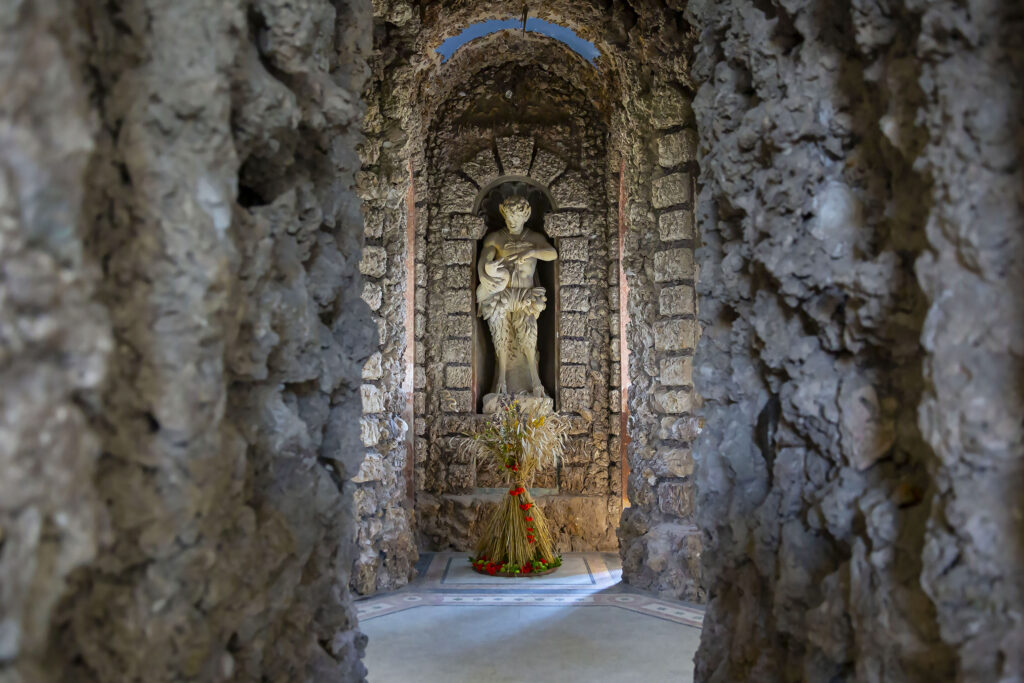 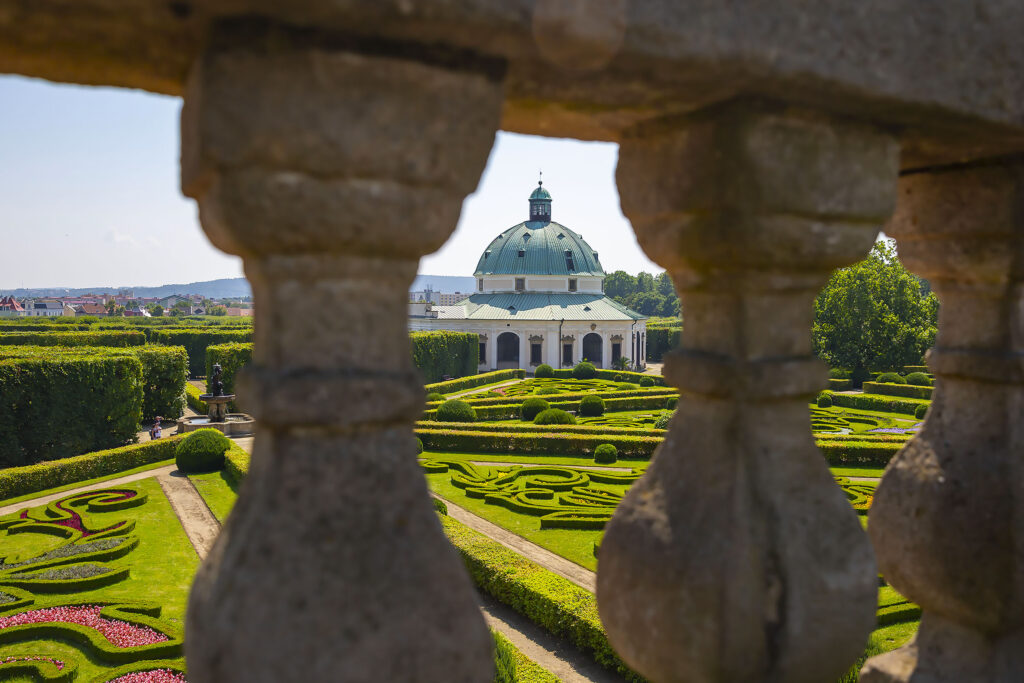 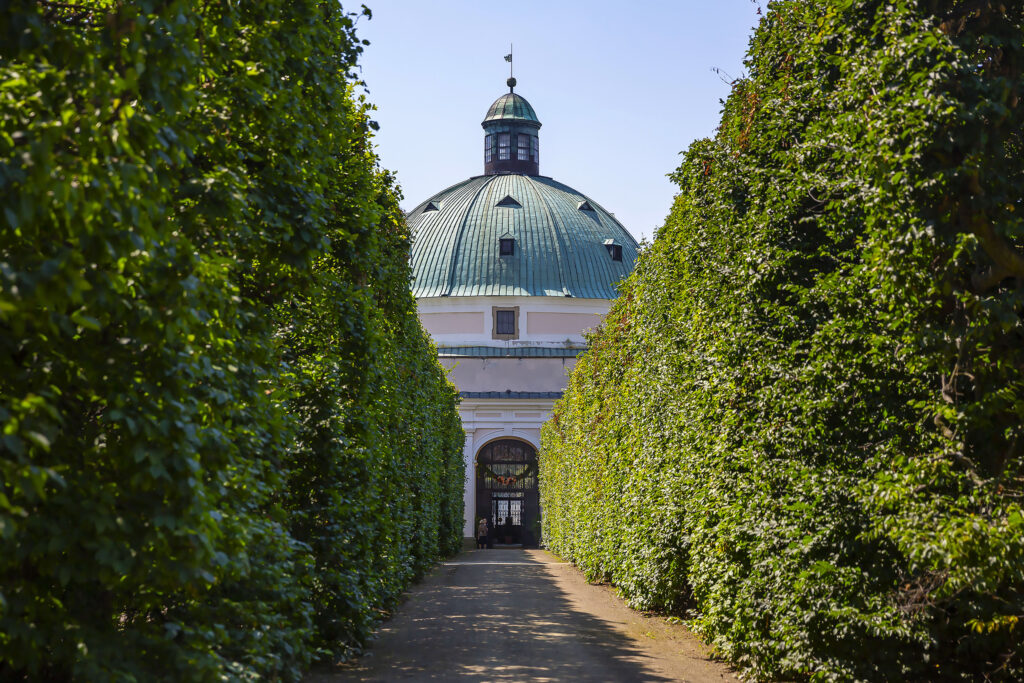 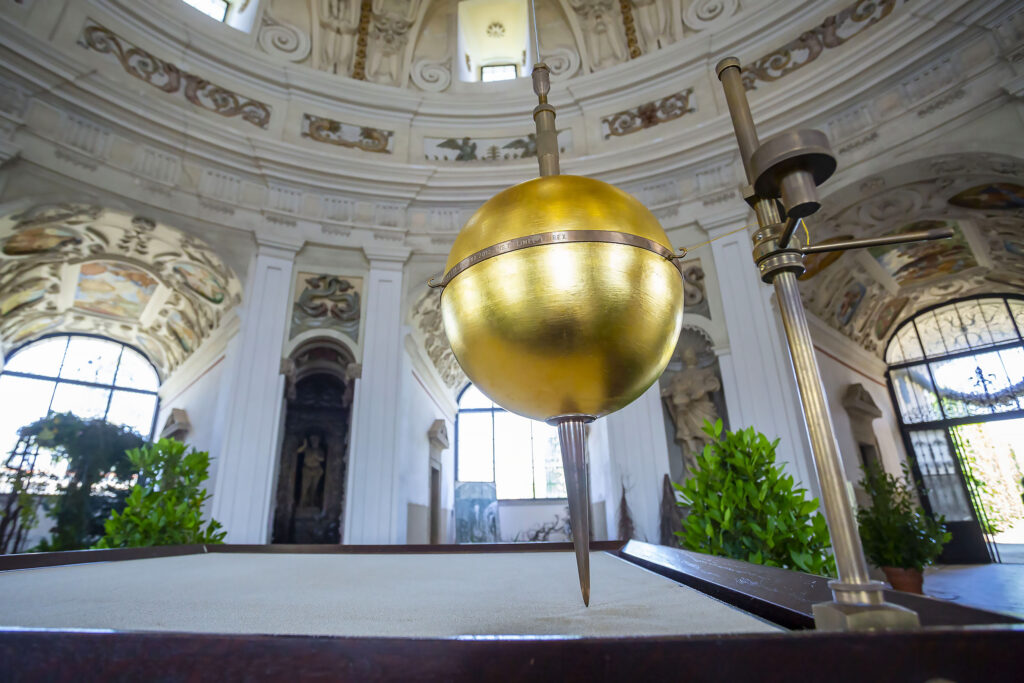 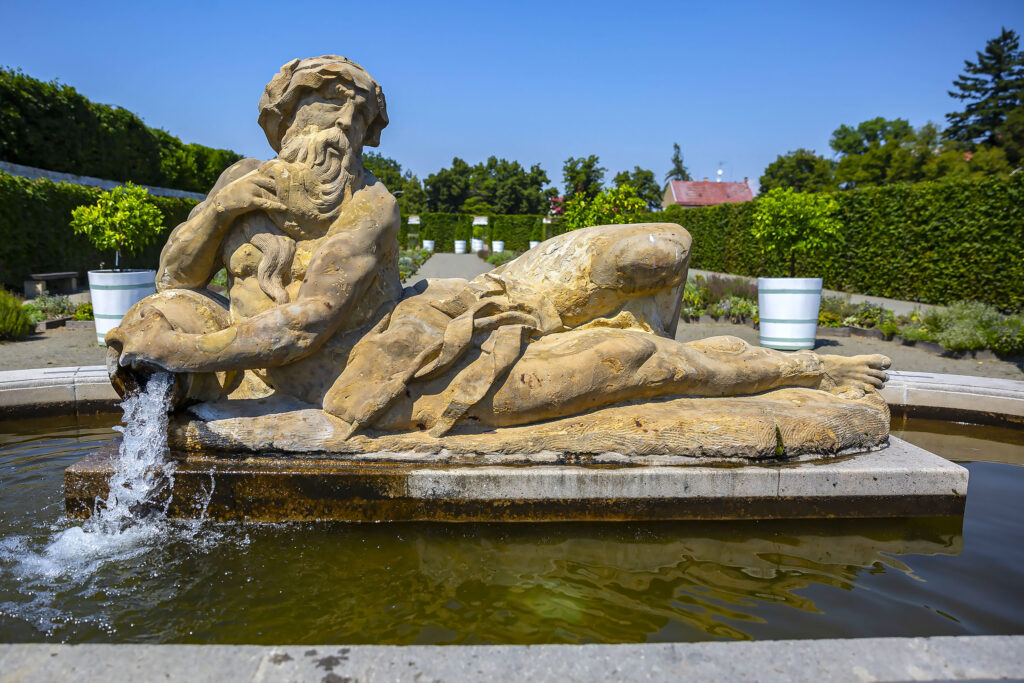 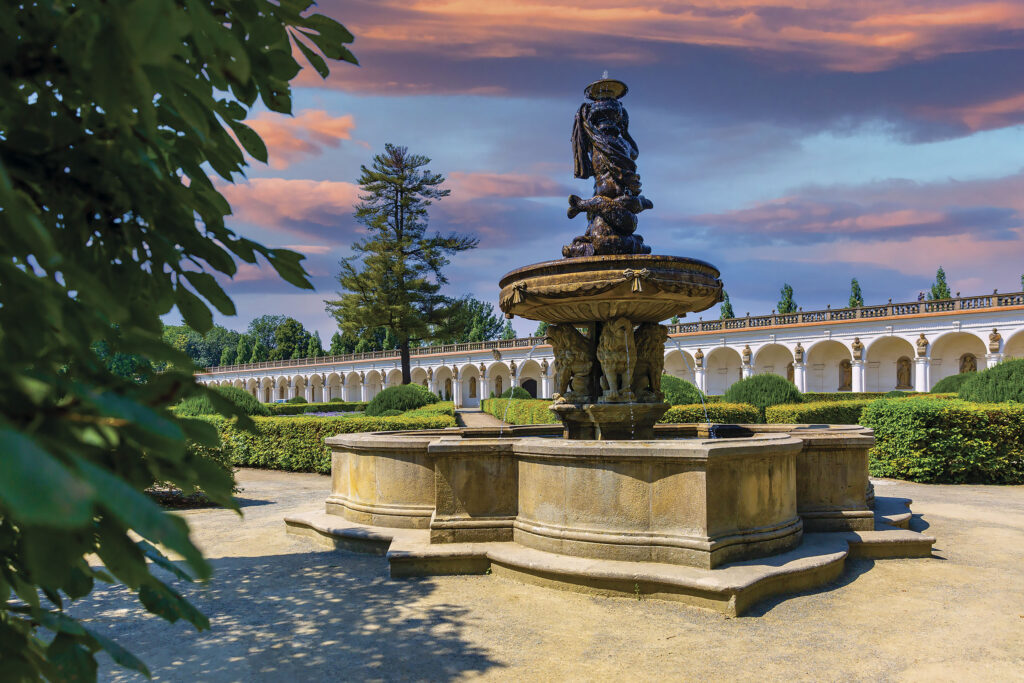 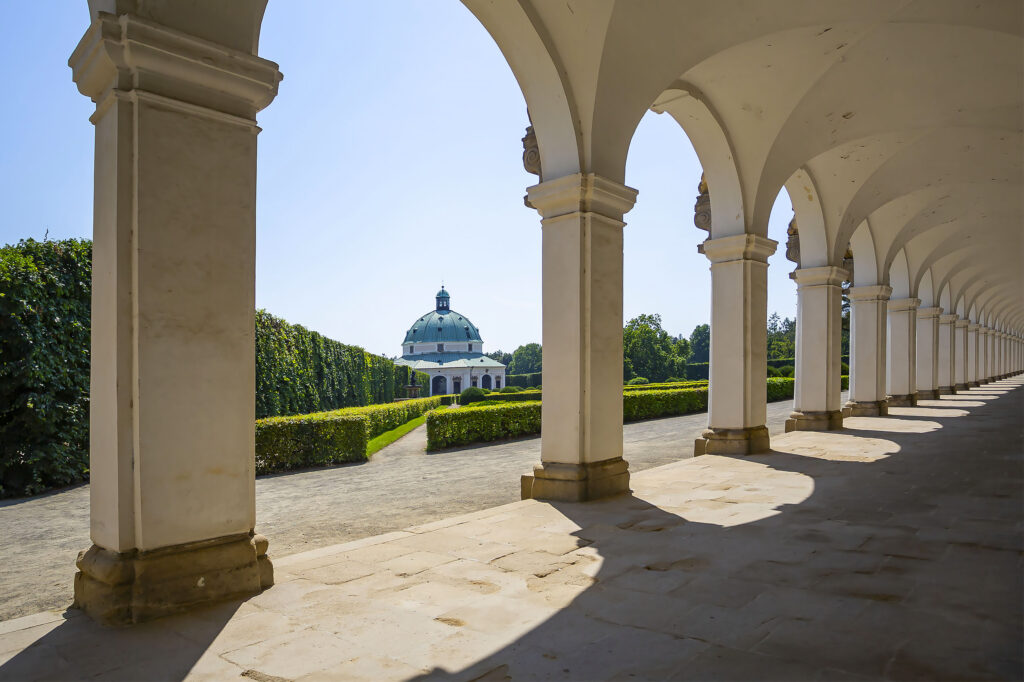