CHURCH OF THE ASSUMPTION OF THE VIRGIN MARY

This town parish church is a unique example of high Baroque style in Moravia. There are only indirect documents about the history of the original building. Apart from the bell tower from the 13th century, the original building has perished, and the church acquired its new form in the 18th century. The church is a Baroque single-nave building with a rectangular floor plan. In Farní street (close to the church), used to stand St. Michael’s Cemetery Chapel. The originally Gothic and then Baroque building was one of the dominant features of the town. Across the street, is the so-called “Palace Emeritus” which was founded in the first half of the 18th century and since then has served as a clergy house. Part of the clergy house is the inner Chapel of St. John of Nepomuk, which is accessible through a portal from the Riegrovo náměstí street. 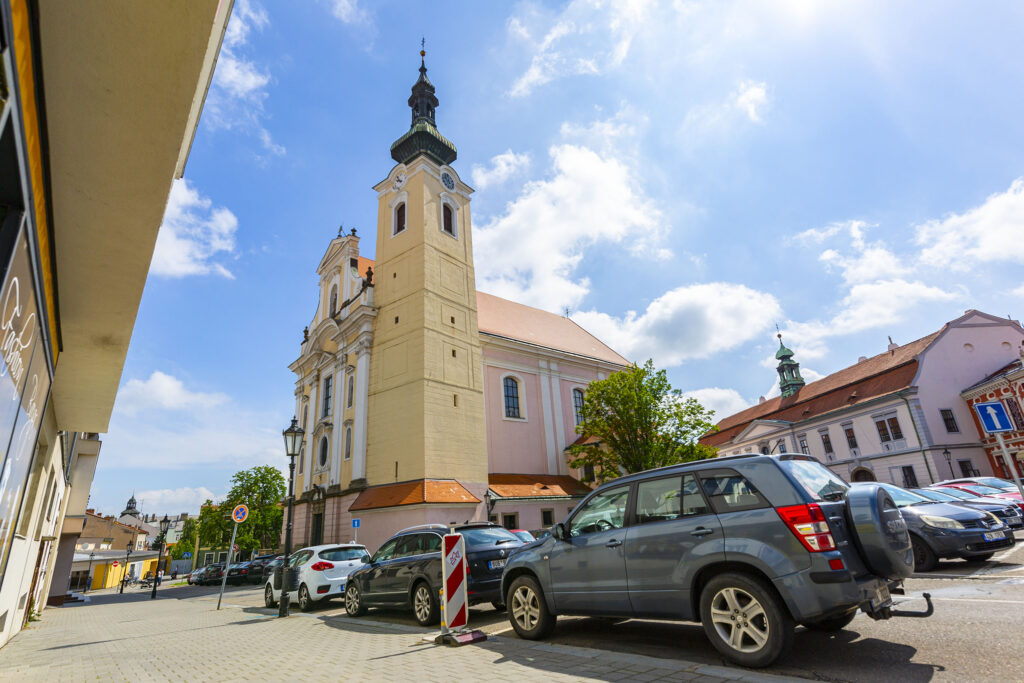 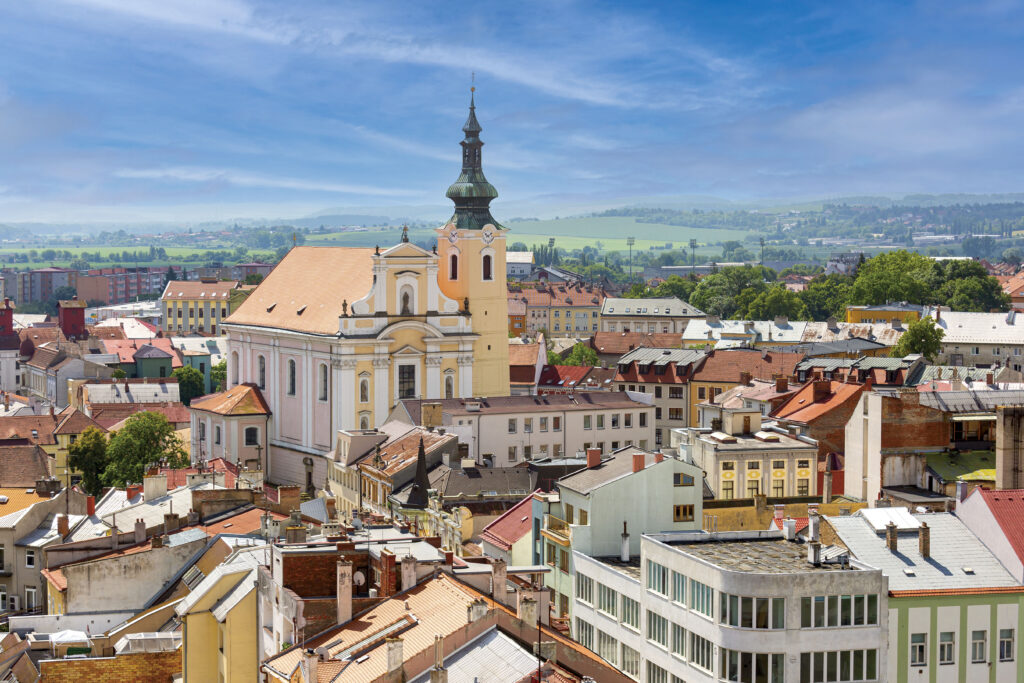 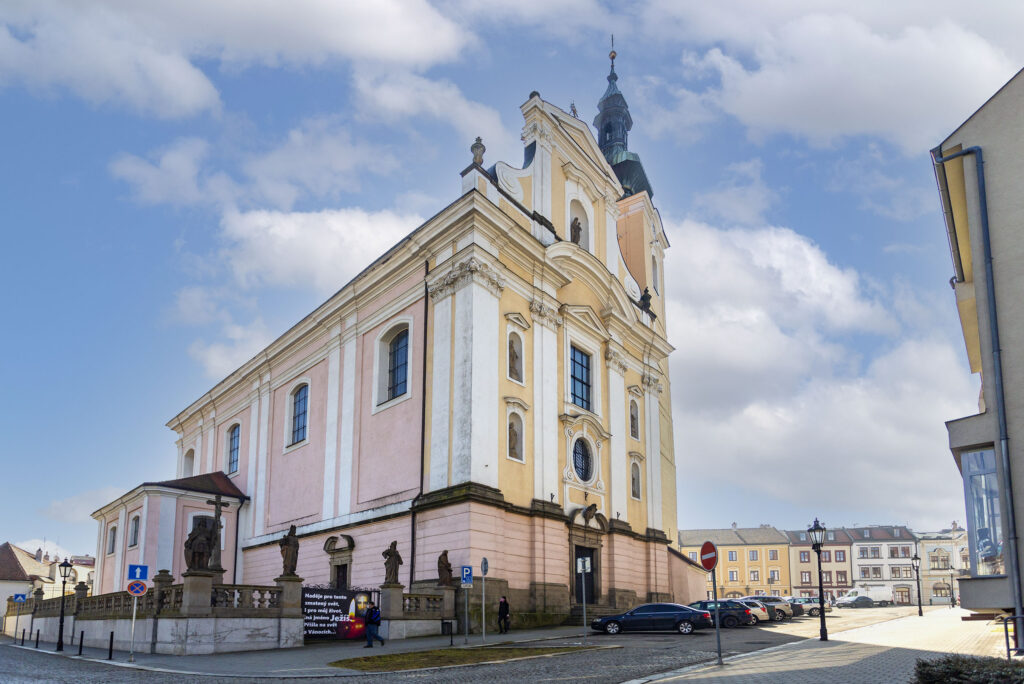 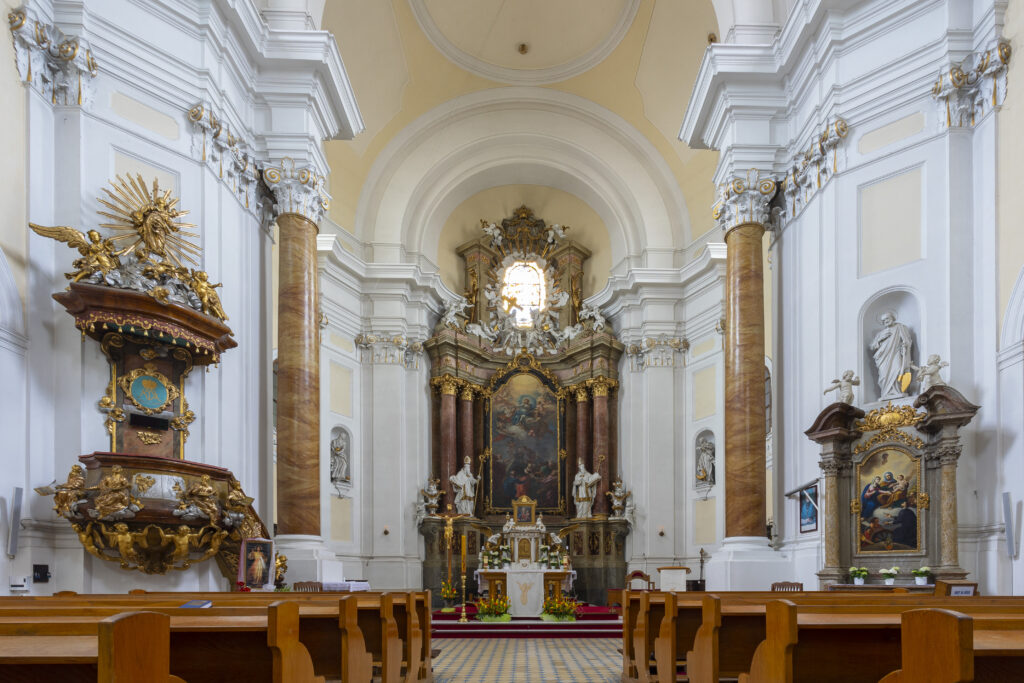