Ss. Cyril and Methodius Orthodox Church was the first building to be built on the square Slovanské náměstí. It was built for the Orthodox Church in 1946–1948 according to the plans of Vsevolod Kolomacký, a self-taught amateur builder. Kolomacký, as a member of the Czechoslovak legions, settled in Czechoslovakia after returning from the First World War. It was only after the church was built that buildings began to grow around it and the future square was formed. 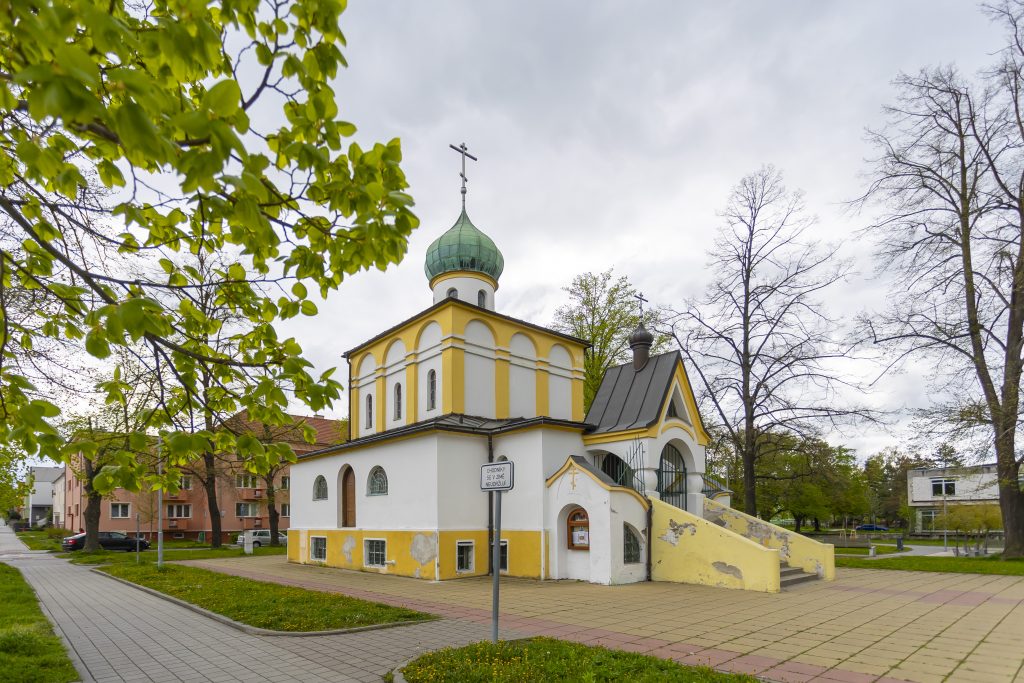 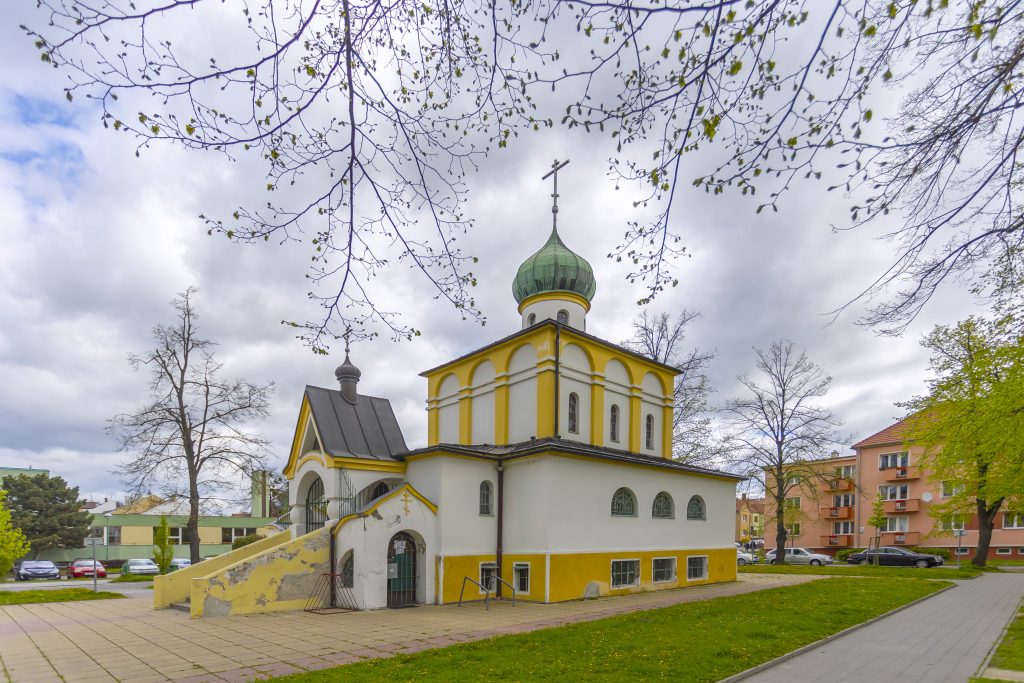 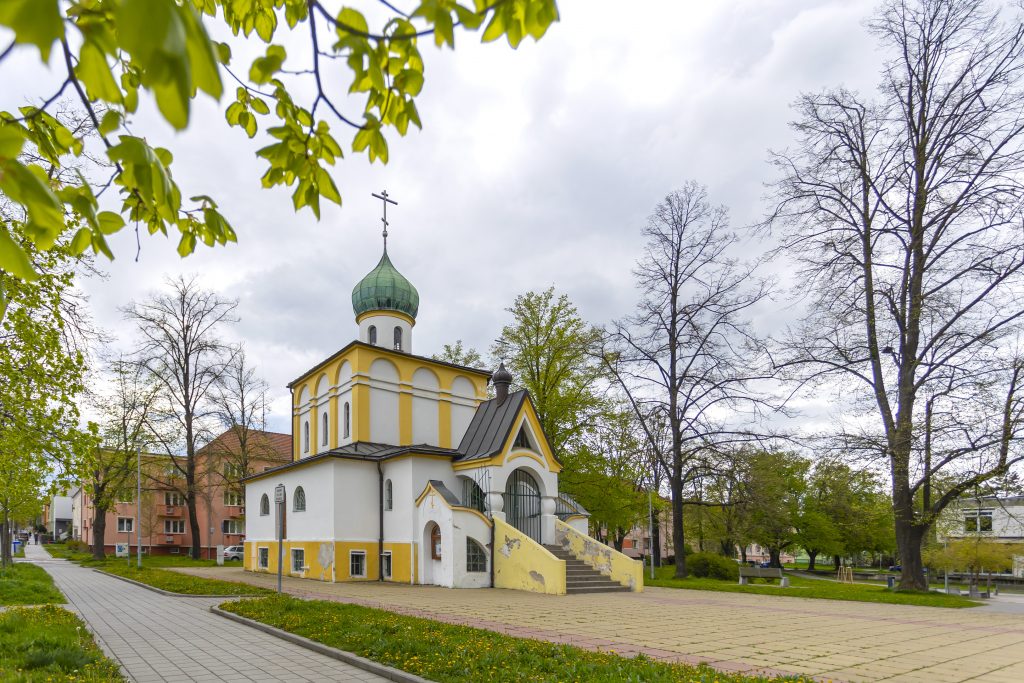