Four Stolpersteine were installed in Kollárova street in memory of Doctor Felix Presser and his family. Felix Presser died in the Nazi concentration camp Buchenwald in 1940. His wife Bedřiška and his sons Petr and Tomáš were murdered in the Belarusian concentration camp Malý Trostinec in 1942. The Stolpersteine were installed by the town hall in April 2019. 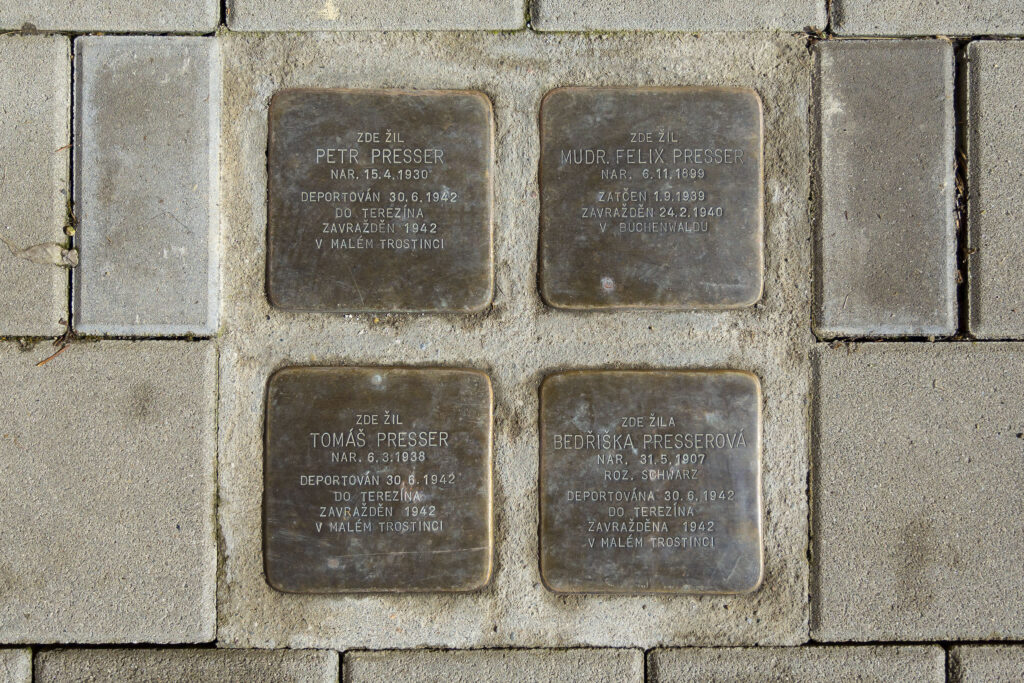