The History and the origins of the town are closely connected to the Church. It was originally a market village which arose at a ford across the river Morava on the crossroads of two trade routes. Kroměříž (the first mention under its Latin name “Cromesir” dates to 1141) became a town sometimes between the years 1256 and 1265 after the Olomouc bishop Bruno von Schauenburg came to power. Not only did he have the Church of St. Maurice built and the Church of the Assumption of the Virgin Mary renovated, but it was he who even had a Gothic castle built on the site of today’s Archbishop’s Chateau, which became the principal summer residence of the bishops of Olomouc. He also moved part of the administration of the diocese from Olomouc to Kroměříž. In the rich and fertile region, Kroměříž flourished thanks to the favour and support of the Church and due to its location.

Its development was affected by the Thirty Years’ War and repeated plundering by Swedish troops (between the years 1643 and 1645). Kroměříž recovered during the rule of bishop Karl II von Liechtenstein‑Kastelkorn. In the second half of the 17th century, the bishop raised the town from its ruins and made Kroměříž into an important town once again (the town became “the Pearl of Moravia”). He had the castle rebuilt into a luxurious residence and the garden into an English park. He had the town walls repaired and founded the Mint. Behind the town walls, he created a Baroque garden (a so‑called “Libosad”), today known as the Flower Garden. The most prominent ecclesiastical buildings in town: the Church of St. Maurice and the Church of the Assumption of the Virgin Mary, were supplemented with the Piarist Church of St. John the Baptist in the middle of the 18th century. Together with the Archbishop’s Chateau and the Town Hall building, they are the most prominent landmarks of the town. All are worth visiting and seeing, both from the outside and from the inside. 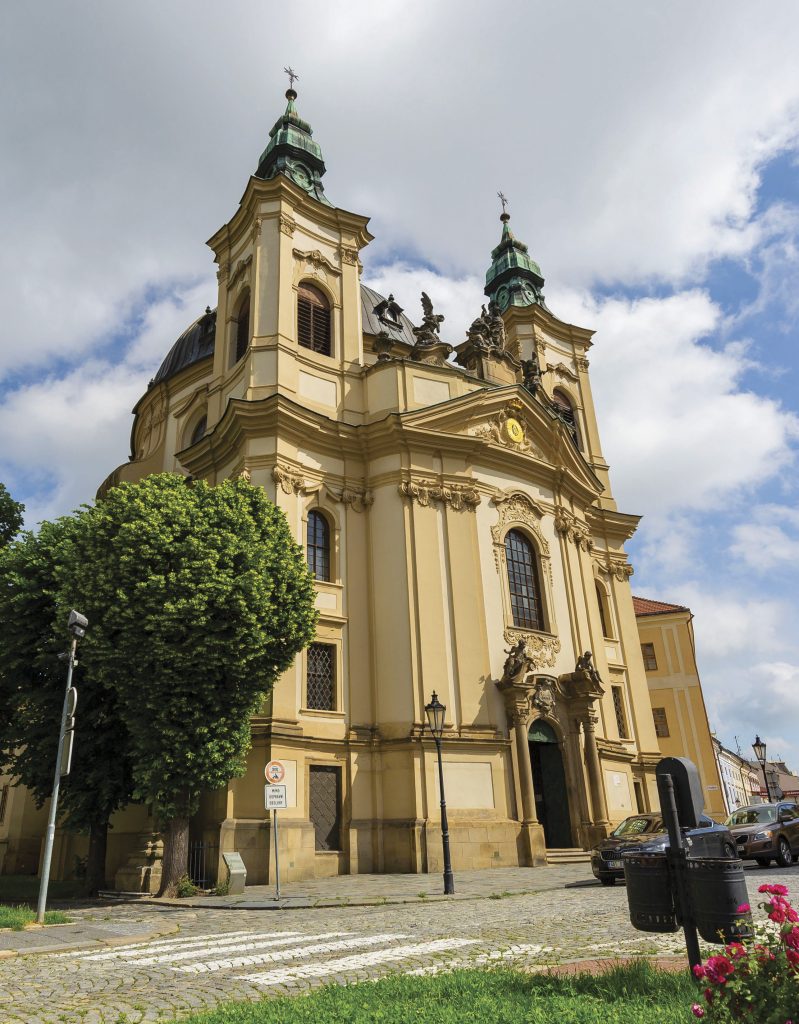 A – Church of St. John the Baptist

The Piarist Church of St. John the Baptist was built on the site of a mediaeval Johannite commandery (a church with an infirmary). The building was dedicated to the Piarists by bishop Karl II von Liechtenstein‑Kastelkorn. The Piarists added on it the building of today’s Conservatory and only then had a new monumental Baroque cathedral built. The building was completed in 1767 and it was consecrated on August 15th, 1768. The dome‑shaped church with an oval shaped nave and a pair of prismatic towers, not only in its layout, but also in the shape of its front façade, is very reminiscent of St. Stephen’s Cathedral in Vienna. The front attic of the church is decorated with a sculpture of Christ’s Baptism. 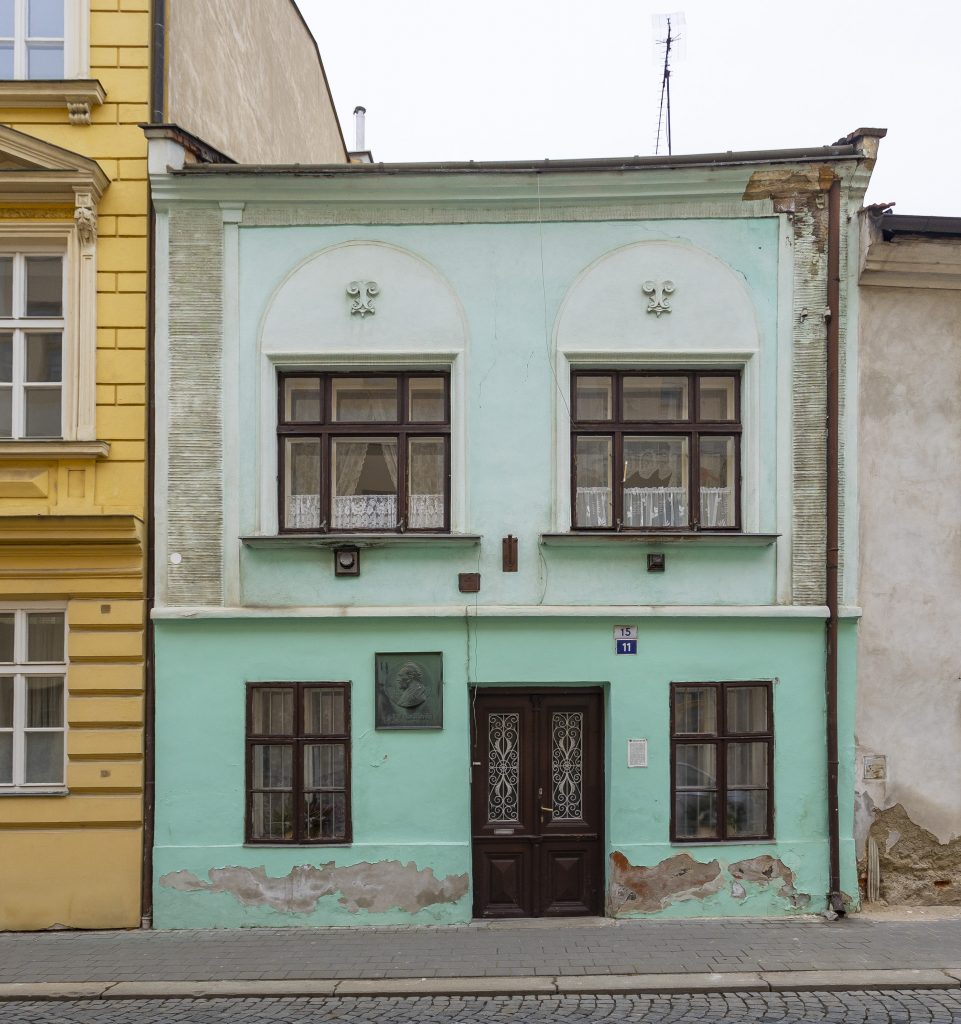 The house where the Czech painter Max Švabinský was born can be found at 15/11 Jánská street. 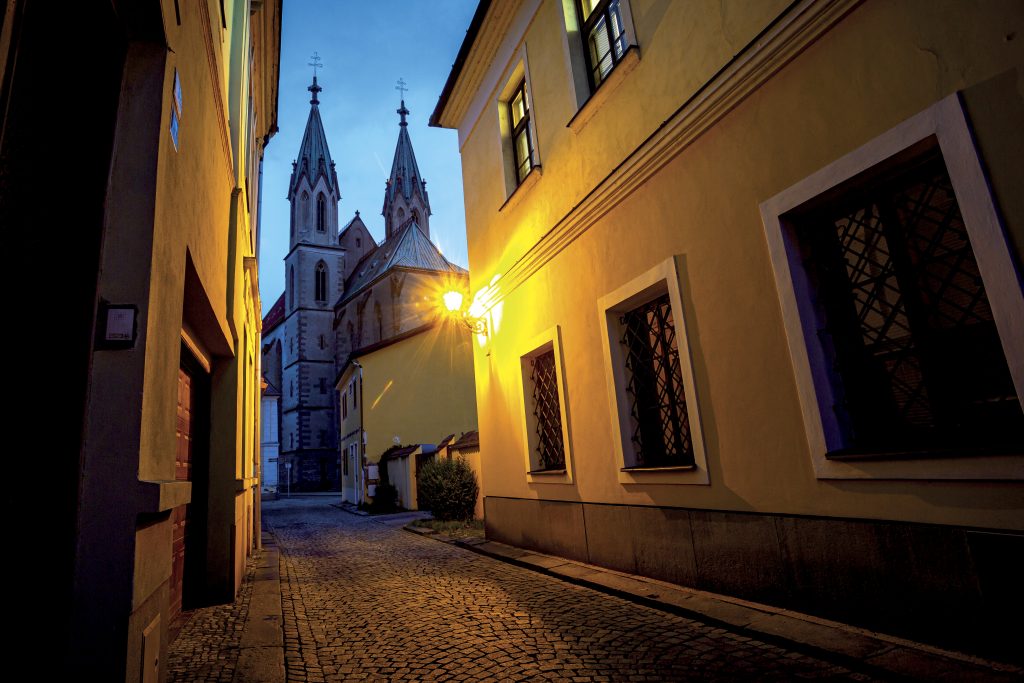 The most breath-taking view of the church of St. Maurice is from Křížkovského street. 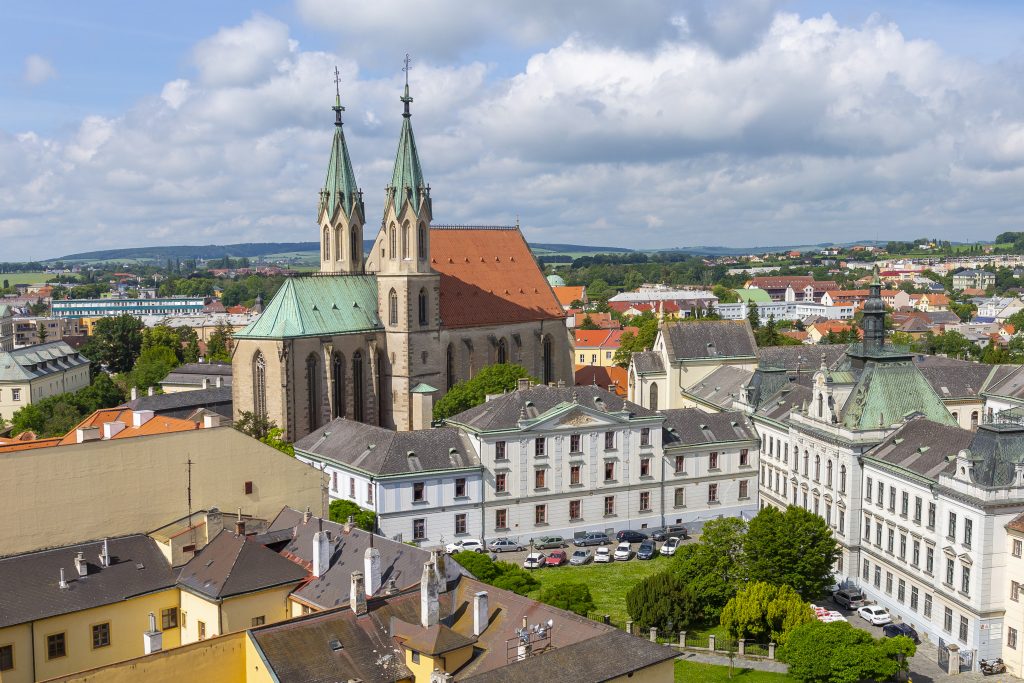 B – Church of St. Maurice

In the second half of the 13th century, bishop Bruno von Schauenburg had the construction of the collegiate church started. However, even older building blocks were discovered in the masonry of the oldest parts of the church. The early Gothic building has a rectangular floor plan with a pair of towers. Its construction continued until the end of the 16th century, during which the church was plundered twice by the Hussites. Later, the church was reconstructed due to damage caused during the Thirty Years’ War. Under the main altar of the church, its founder, bishop Bruno von Schauenburg, was buried in 1281. 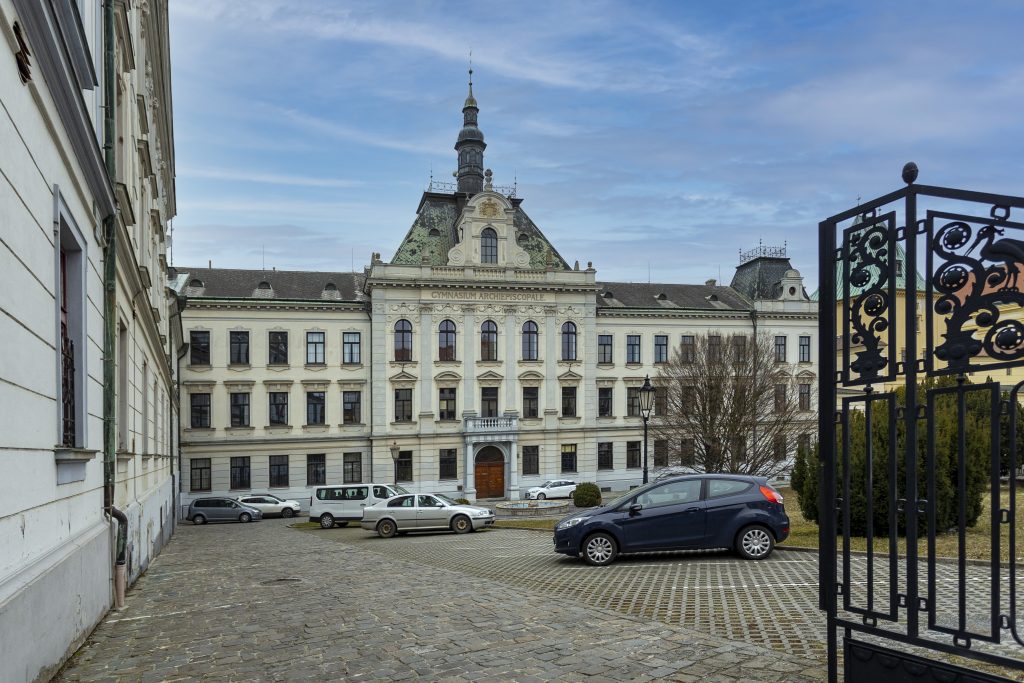 The Archbishop Gymnasium (type of secondary school), located in Sněmovní náměstí, was originally an all-boys seminary. Part of the complex is also a chapel. 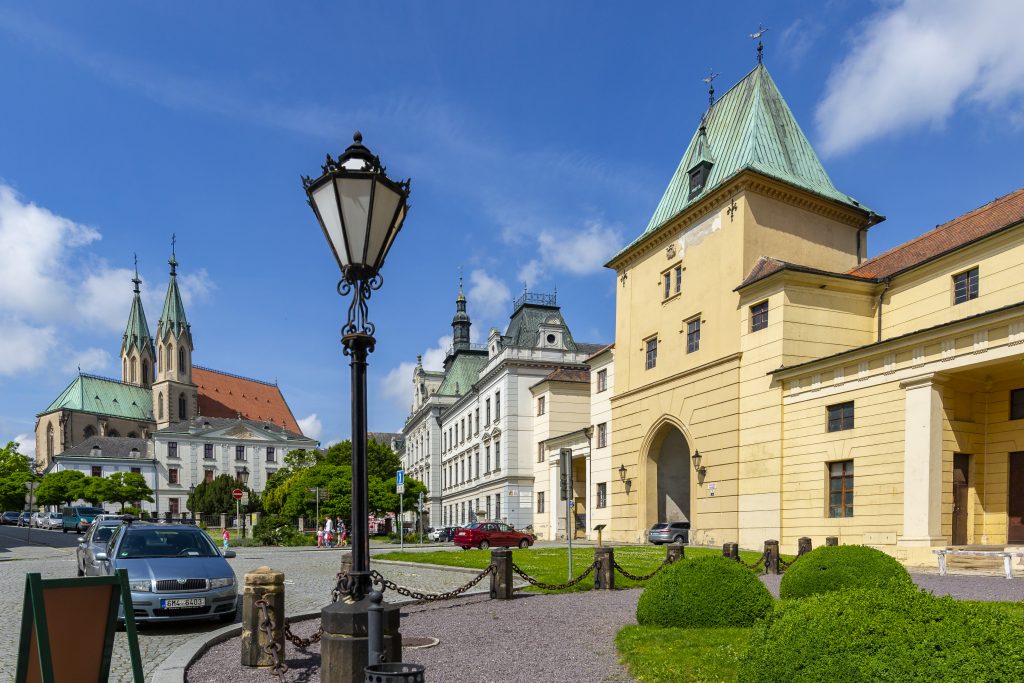 The Mill Gate was a part of the town fortification. It is the last surviving Gate in the town. The other two – the Water Gate and the Blacksmith’s Gate – were torn down between 1855 and 1857. 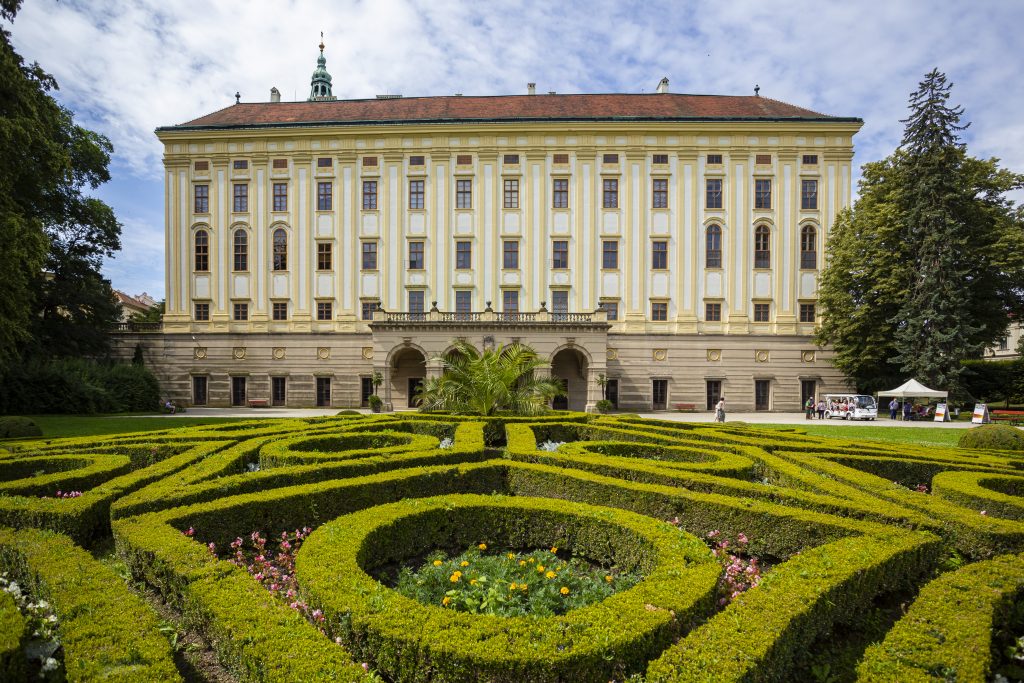 Together with the Gardens, the Archbishop’s Chateau is one of the most noted and most visited tourist destination in Kroměříž. The Chateau has been on the UNESCO World Heritage List since 1998. Its origins and purpose are linked to bishops and archbishops of Olomouc, for whom the Chateau became a summer residence. 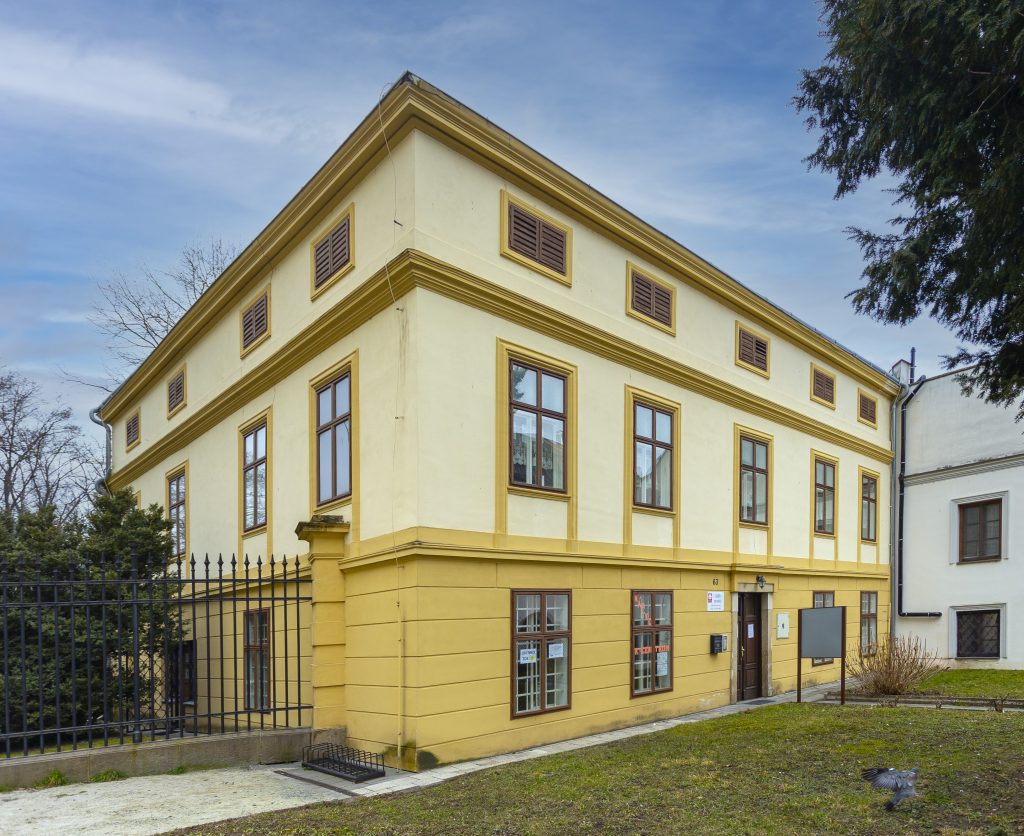 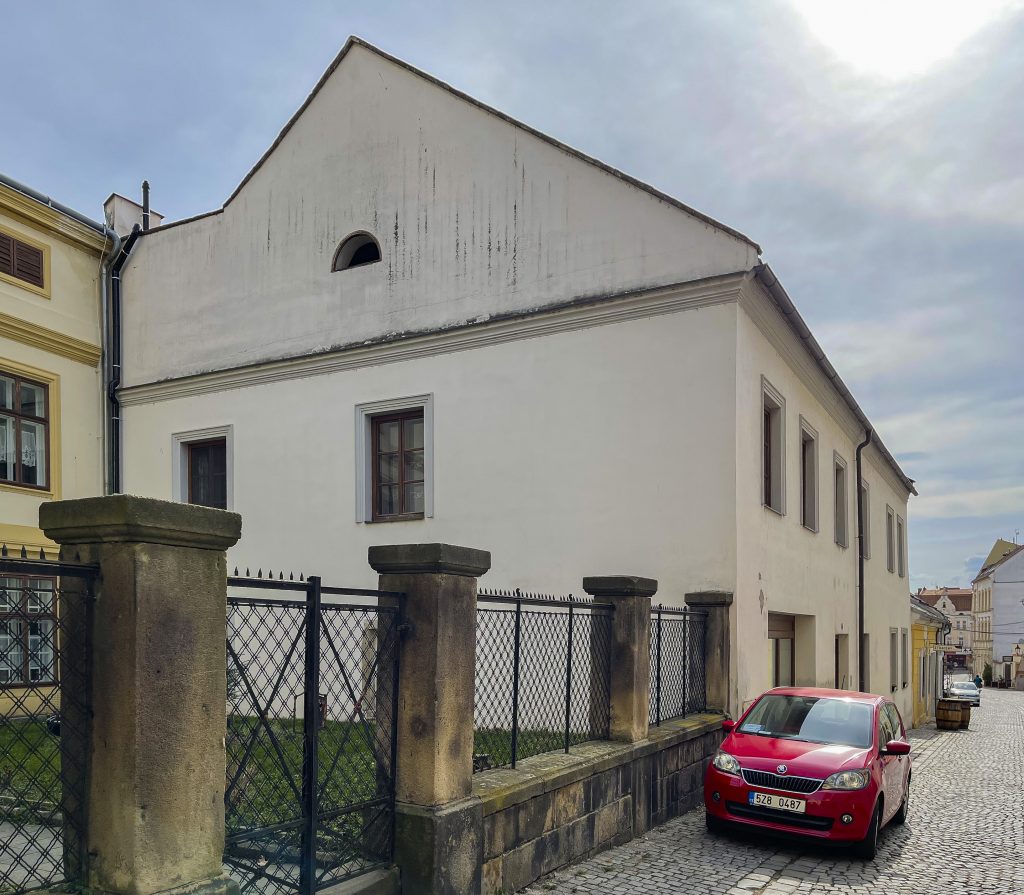 A brothel was also originally located in the Old Town baths (at 64 Ztracená street). It is the best‑preserved house in Ztracená street, including the original medieval black kitchen. 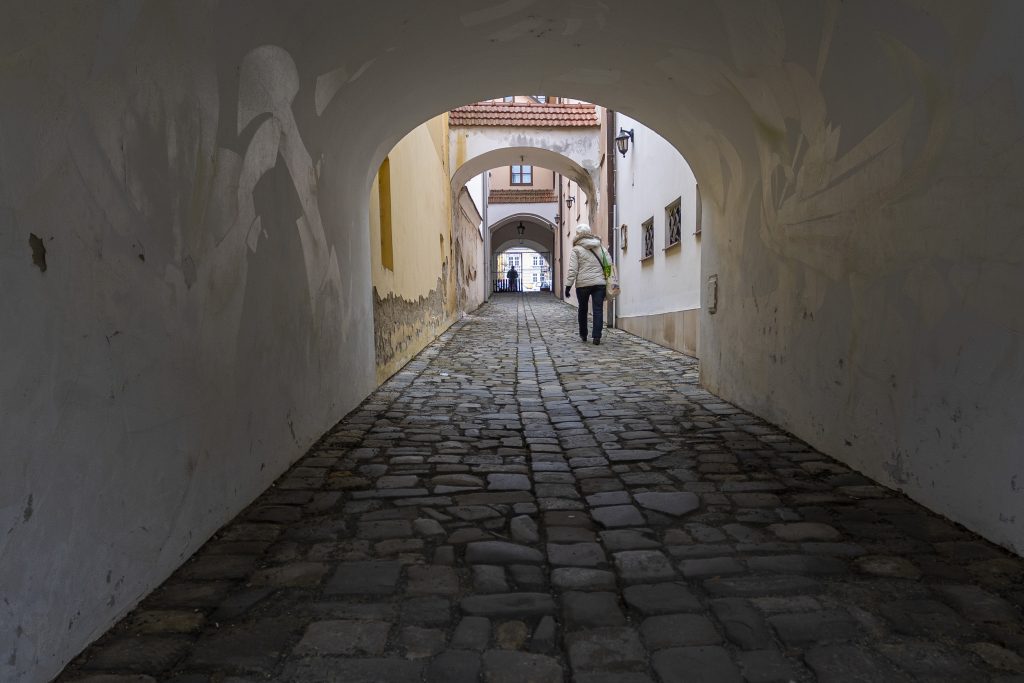 The lane could have been built as early as the 13th century to connect the square with the town fortification, or as a “fire protection” alley. Nowadays, it connects the main square, Velké náměstí, and the Ztracená street. 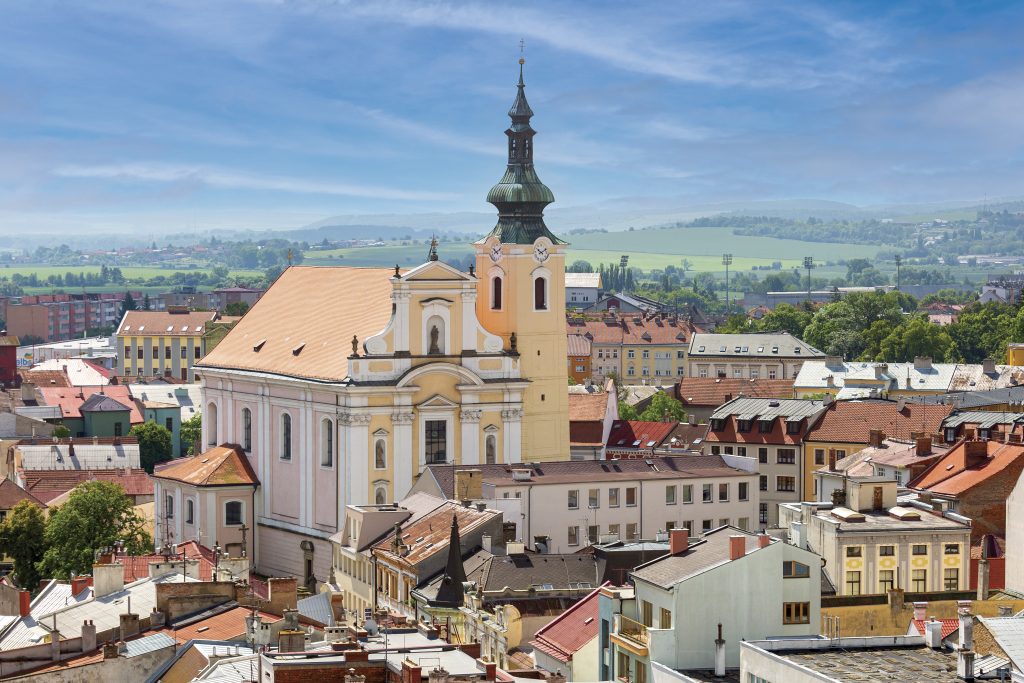 C – Church of the Assumption of Virgin Mary

This town parish church is a unique example of high Baroque style in Moravia. There are only indirect documents about the history of the original building. Apart from the bell tower from the 13th century, the original building has perished, and the church acquired its new form in the 18th century. The church is a Baroque single-nave building with a rectangular floor plan. In Farní street (close to the church), used to stand St. Michael’s Cemetery Chapel. The originally Gothic and then Baroque building was one of the dominant features of the church. 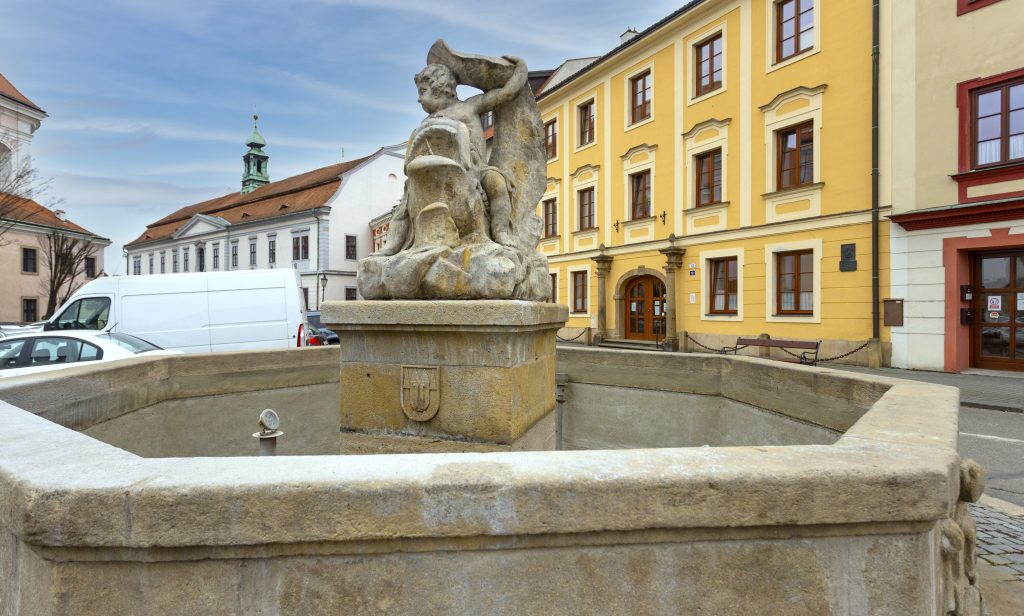 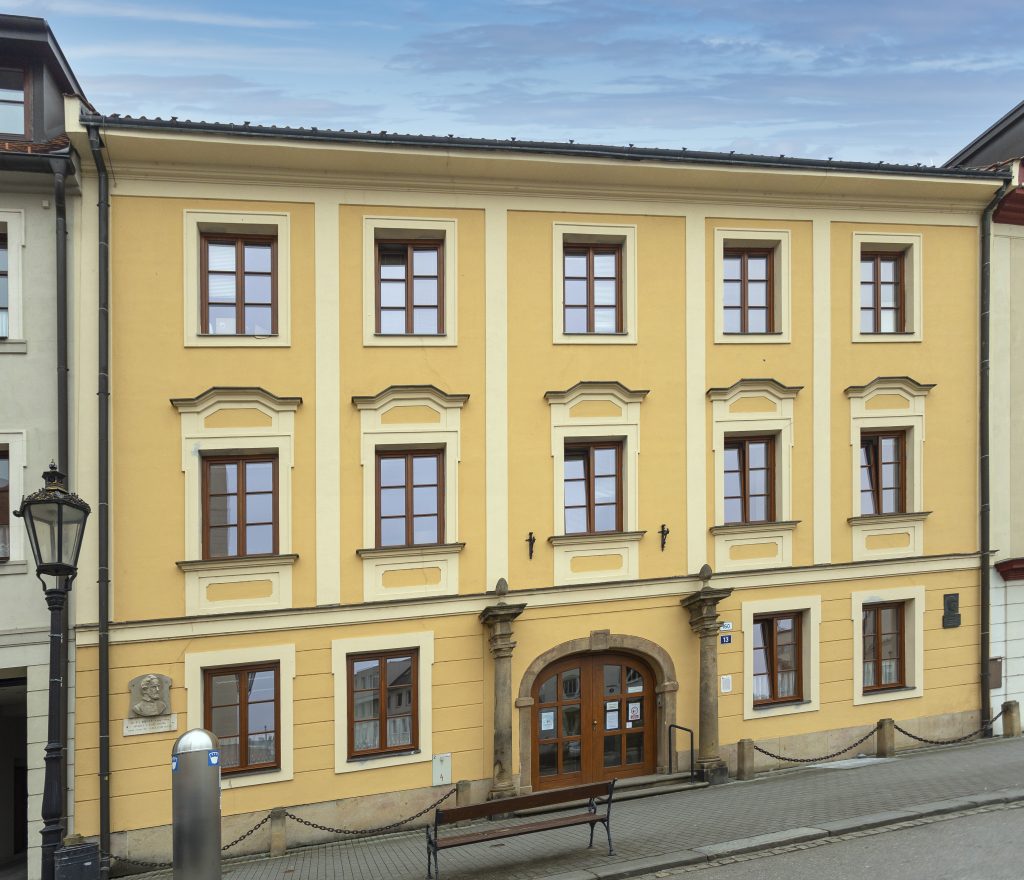 10 – Chain HouseThe Baroque Chain House no. 160 was named after the chains placed in front of the building. Its garden extends to the town walls. Today, the building houses a retirement home. 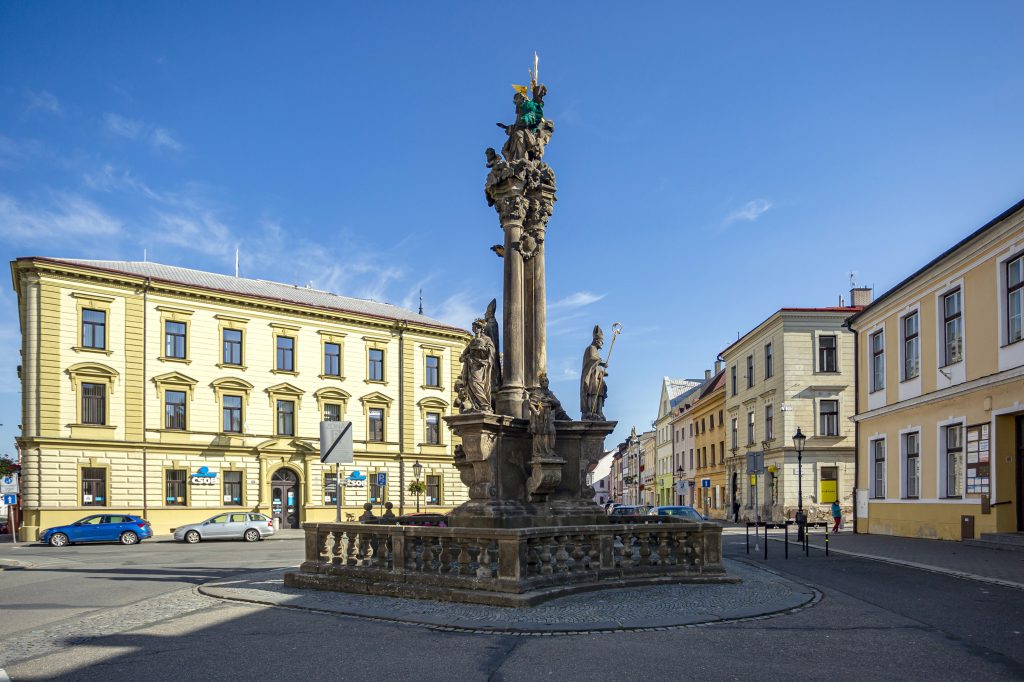 11 – Holy Trinity column  The sandstone sculpture was built on the initiative of townspeople of Kroměříž as a symbol of gratitude after the town overcame a plague epidemic in 1715. At the top of the column is the statue of the Holy Trinity.